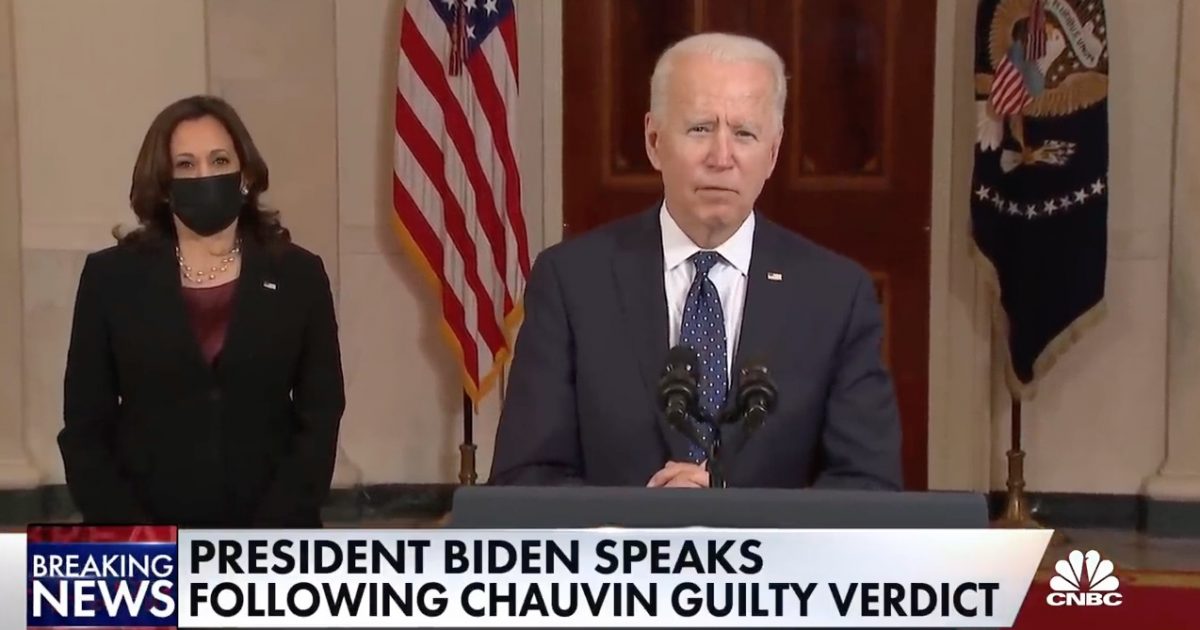 Obama celebrated the verdict but it’s not enough and not “sufficient.”

He added Black Americans live in fear of law enforcement and he voiced support of the people that marched in support of justice.

Obama made no mention of the death and destruction that resulted from the violent protests following the death of George Floyd.

Today, a jury did the right thing. But true justice requires much more. Michelle and I send our prayers to the Floyd family, and we stand with all those who are committed to guaranteeing every American the full measure of justice that George and so many others have been denied. pic.twitter.com/mihZQHqACV

Reacting to the jury verdict, Biden denounced “systemic racism,” which he said, “is a stain on our nation’s soul.”

Biden also called the family of Floyd following the verdict.

President Biden called George Floyd’s family to express his support, saying that he was praying for the “right verdict” in Derek Chauvin's trial. He defended his decision to weigh in on an unresolved trial, saying he waited until the jury was sequestered. https://t.co/ZWPFtNw69B pic.twitter.com/6Q1yzk7y9C

A critic pounced on Obama’s comments because he ignored the destruction from the riots.

Another critic pointed out Biden did not call the family of a slain police officer.

Hello, Joe when was the last time you called the family of a slain police officer? We had a 25yr old cop killed recently pic.twitter.com/bO9QtWXdfd

Disturbingly, the verdict was not enough to stop angry protesters.

Let's see if Obama or Biden make a statement about this.?https://t.co/JekaT49kYW

Whatever the outcome, Democrats continue to promote the politics of racial division.

Americans of all color and creed were outraged over the way Floyd died but instead of using the jury’s decision to unite the nation, Obama and Biden used the verdict to divide our country.